Fashion photographer Jeroen Bouman got the opportunity to do a very unusual fashion shoot for a so-called ‘lookbook’ for men’s fashion brand Deserious. Jeroen splashed his model with paint, hit him a black eye, put him on fire and hung him from the ceiling.

The professional model had done a great many fashion shoots, but had never experienced such an absurd and enervating shoot as this one. Yet he loved it, this was completely different than his daily routine. And thus, he engaged fully and put his heart and soul into this shoot without so much as a whimper.

“Of course, the black eye was just a make up special effect. The ‘paint’ in reality was yogurt with a colour additive, and the ‘smoke’ was derived from a chemical substance.”

The studio floor needed a good scrubbing after this crazy shoot, and the walls had to be repainted twice. But that’s something Jeroen Bouman doesn’t care about at all.

“This lookbook photo shoot was so much fun, I would have done anything to make it a success. Well, almost anything. Just as long as nobody gets hurt. No fashion shoot is worth that.” 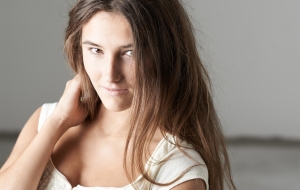 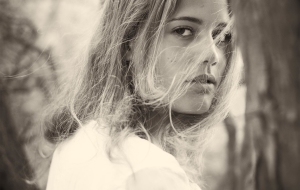 Fashion photography
Tempting fashion photos that capture the imagination.
Tweet
"Disclaimer: no models were harmed during this production."