Through his documentary photography, Jeroen Bouman tries to reveal social discrepancies. Like in this photo documentary on E-waste in China, where computer recycling causes pollution with severe consequences for the environment and people.

E-waste consists of discarded computers and other electronic devices, mostly shipped from Europe and the United States. In China, the recycling process starts with the disassembly of the devices. Computer chips are soldered loose and sorted to be re-used in cheap Chinese electronic appliances. Rare metals are much sought after. Plastics are sorted by heating and sniffing, then ground and molten. What cannot be used is burned or dumped into the rivers.

Besides the environmental pollution there’s also the issue of unhealthy working conditions, and even child labour. The central government is trying to put an end to these practices, but corruption at a local level means workshops just continue their business.

Photographer Jeroen Bouman: “When an opportunity for a powerful photo documentary comes along, I find it impossible to look away. Even if it means four days of headaches and irritated airways, or getting pelted with computer hard disks.” 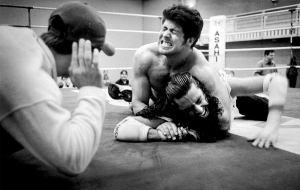 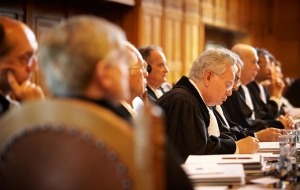 Corporate reportage photography for organizations
The Peace Palace captured in warm colours.
Tweet
"When an opportunity for a powerful photo documentary comes along, I find it impossible to just look away."